The Nights are drawing out  and perhaps there is no better time to explore the darker side of our welsh heritage , Some not for the faint hearted or the sensitive. All over Wales there are accounts of strange apparitions from omens of death with phantom funerals to Bwgans who reak chaos on lonely roads  . There are also very grim tales of the most frightening wreckers off the coasts or evil Inn owners like Cap Coch who dispatched his guests into the Ogmore river or buried them under his kitchen garden at New Inn after lovingly storing their goods in a cave under his inn.

The Gwlligi could be lurking in the quiet lanes that network the Heritage Coast and have been sighted at some of the Vales Historic old residences . We have  a kindly and Glamorous ghost who helpfully tells when death is imminent but she does  take the time to dress well for the occasion !

Some of our towns are ancient and some are still relatively young Like Barry and Penarth . Penarth has a great atmosphere of Victorian opulence with its old street lights , and manicured parks , we also can not forget the Pier with its great stories and one of the great central landmarks in the towns history . The sounds of holiday makers from the Valley  must still resonate along the front in Barry where Billy Butlin established   his holiday camp and the fair ground provided excitement to visitors enjoying the summer . Although there are darker characters to explore if you dare,  smugglers did well in both the towns in the times when a  police force did not exist . Penarth had its Dagger Alley  whilst Barry had its fortress owned by the very successful Thomas Knight . Between the two towns lies Sully with its own tales of a ghost and  secret passage ways to spirit illegal finds away .

Where ever you are in Wales you will probably find you are not alone !!! 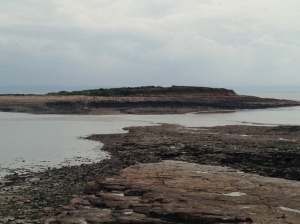